Gordon Parks and Me

Two years ago this summer, I'd just begun dating my sweetheart, a writer with a love of the LA Lakers, good scotch and Sade. He also happened to enjoy spending time with me, discussing art, culture and travel, and flirting like mad. Not long after, my job transferred me to Cleveland, Ohio, for six weeks. It was a hard time to be away from home. My roommate and I were moving apart, but I had yet to find a new place to live, and spending the back half of summer out of state left me with only two weeks to find an apartment and get moved in before another year of grad school began. There was a boatload of change taking place in my community of worship. Plus, it meant putting things on hold with my sweetheart, who at the time wasn't my only source of masculine amusement, but was by far my favorite.
But the job dictates, so off to Cleveland I went. I taught reading to a really interesting group of students. We laughed about sports and high school high jinx and LeBron James, and despite my solitude, I did okay. I did some yoga, did some writing, and remembered what it was like to live alone.
I also went to the Cleveland art museum and saw some Gordon Parks.
Photography is such an interesting medium: both static and dynamic, chock-a-block with narrative sometimes. The good photos always make me stop and wonder, and want to run my hand's over the subject's face or limbs, and ask, "what's your story?"
Gordon Parks photographed my people in a way that I'd never seen anyone do before. There's an exhibit of his work at Northwestern University's Block Museum that's closing this weekend. Dig it.
A tease... 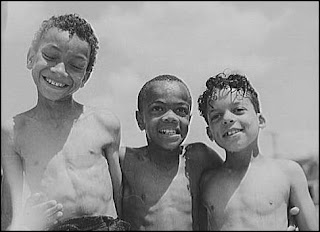 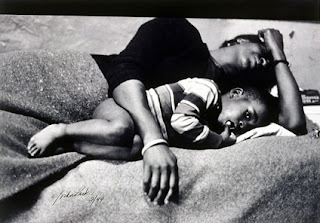 Email ThisBlogThis!Share to TwitterShare to FacebookShare to Pinterest
Labels: yoga