I have a hard time wrapping my head around death.

I was sorting through some old paperwork from my honeymoon the other day, looking for something I'd lost, and I came across an email from a dear friend who used to live there. (Funny, I did a search for her to see if I could find a photo, and noticed that her alma mater still has an active portfolio for her--hasn't been taken down.)  But here's one. 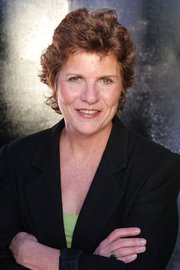 My sweetheart and I are supposed to be returning to Maui in the spring for--many reasons--and as I came across her email, I thought, oh, I should get in touch with her and let her know we'll be there. It's no small island, but we could get to her. Then I realized that she's gone. She passed some time ago, almost a year now; and then there was this empty feeling in my chest where she, or rather my connection to her as a fellow human here, used to live.

Today I was doing some research and picked up The Spirit Catches You and You Fall Down by Anne Fadiman: a fantastic book about the clash between ancient healing, modern medicine, small communities and big ones. I was looking for the work of Dwight Conquergood.  Dwight was a legend in the cultural ethnography circles of academia; he was also my undergraduate thesis advisor. I wish I could talk to Dwight, I thought, reflecting on my current project. He'd have some really useful advice on how to proceed, and he'd remind me that I don't have to be so timid, that I have the skills that I need. Dwight passed in 2004, of a cancer that he kept so secret from his friends and colleagues that no one know he was sick until the end was inevitable.

Then of course, there's this loss, coupled with this reality, that caused me to lose some sleep last night.

I know how old the question of loss is, that people pay good money to sit in quiet rooms on top of mountains and think about death and impermanence. There's also the chorus of Christian training sounding off in my brain about "Lord and Savior" this and "more than a conqueror" that and "overcoming sin and death". But I'm talking about the relationship you've had with another person that ends not because they move or because you change jobs, or because they become a douche and stop being someone you want to keep company with, but because they cease to exist. The machine that is their body stops working, the energy that is their mind and their love for you change form and evade you in the manner that you're accustomed to experiencing them. You don't have a friendship anymore, at least not how you used to, because who they were has changed so profoundly and so fundamentally that you're on different planes.

I don't really have a lot to say on the subject. I'm pretty fortunate. Although I grieve with many others over the loss of Whitney Houston, although I miss Robyn and Dwight and others who've gone ahead of me, even so, I've never suffered a great loss. No loved one with whom I shared a close connection has ever died. I suppose all I have to say is that today I am feeling the emptiness and the sadness that comes with loss.
Posted by Jessica Young at 3:39 PM

I'm 45 and no one's died on me that had any impact on my daily life, although people tell me it will eventually happen.

I guess you never know how you'll react until you're in that situation.