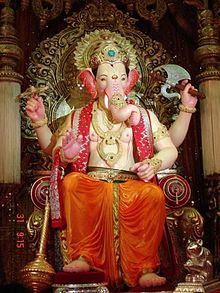 I wanted to write a totally spiritual post this morning, about the connections between prophesy and meditation and Ganesh, that pot-bellied, Elephant-headed deity.
But instead I'm going to write about marriage equality.

I read this article on TheRoot.com about how black Christian voters need to get over President Obama's announcement that he's okay with same-sex marriage. The writer starts with a staffer for MLK who was openly gay, but who in his work during the civil rights movement, had to pass as straight because of the black community's reticence to promote gay rights. I think the most compelling argument the writer cites is, in essence, black people in America have (or should have) more to worry about that who marries whom--namely, the fact that "Up to 10 percent of young blacks drop out of high school, rendering them largely unable to take advantage of a skilled-worker- and technology-oriented U.S. job market. Meanwhile, black males have a 1-in-3 chance of doing prison time at some point during their lives." 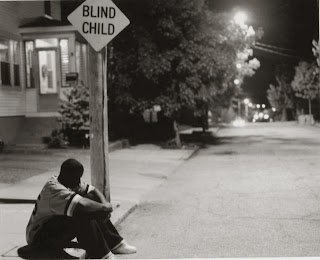 On top of which are facts like black women are more likely to die of breast cancer than white women (this is very important to me, as a black woman who loves her breasts), and that diet-related diseases are crippling the black community at an alarming rate.

This morning, Ta-Nehisi Coates wrote about how black celebrities are weighing in about marriage equality. His post was short, and I gotta say it, a little muddy, but I just figure that when I don't understand what he's trying to say in his writing it's me, not him.
So what I noticed at the conclusion of both posts, from The Root.com and The Atlantic.com, was the discouraging volume of "This is unnatural/Adam and Eve, not Adam and Steve/What's next, bestiality?/Can't let our views be corrupted" bullshit rhetoric in the comments sections. I suppose I get what I pay for, right? My husband's always warning me not to read the comments of articles, because nine times out of ten, I'm sure to read a bunch of wackos saying wacky stuff.

But these are my wackos. These are my people. I am a member of the black community, not because my skin color puts me there or because I check a box on a census form, but because I say I am.
What troubles me about the anti-gay vibe that comes from the black community is the self-hatred that is obviously at work at the center of it. I hate that after this much time in America, that after all our history, of slavery, of reconstruction and back-breaking fruitless labor, of Jim Crow and Great Migrations and continual, generational fear for our lives and hard work, that we still can't extend enough love to ourselves to let ourselves love whoever and however we will. I have never understood the fear of black homosexuality at work in the black community. Maybe it's because I have the privilege of being straight, and cis-gendered. I have only understood that it exists, and have been deeply grieved by it. Still, STILL, after the election of the first biracial person of color to our nation's highest office, after all of the post-black language we've talked to ourselves and each other, after such race consciousness, we haven't evolved to the place where our consciousness extends to who we invite into our bedroom. I'm ashamed.
More than the self-hatred, what troubles me about this anti-gay vibe is that it is deliberately ignorant of how minorities have historically been treated in this country. Willfully, deliberately ignorant, in a way that makes me want to shout.
Last night my husband asked me about black republicans, and I found myself so flummoxed as to not be able to talk, to answer his questions. Let me not unload at black conservatives here and now. I will only say this:

"I am cognizant of the interrelatedness of all communities and states. I cannot sit idly by in Atlanta and not be concerned about what happens in Birmingham. Injustice anywhere is a threat to justice everywhere. We are caught in an inescapable network of mutuality, tied in a single garment of destiny. Whatever affects one directly, affects all indirectly. Never again can we afford to live with the narrow, provincial "outside agitator" idea. Anyone who lives inside the United States can never be considered an outsider anywhere within its bounds."

That's not me, right? (duh.) That's Martin Luther King in "Letter from a Birmingham Jail."

Astoundingly, I've never read this document from beginning to end. I knew I wanted to use this quote, but I thought, Jess, you can't really quote from it without knowing it. So I read it.
On an unrelated note, it is a fine model of writing a letter to a friend wherein you chasten him. But on this matter of the same-sex marriage and black community (of which the black church is a powerful institution), it was full of some real profundity, and not just from the quote that everyone cites, the one above.
Here are others:

"But I must confess that I am not afraid of the word 'tension.' I have earnestly opposed violent tension, but there is a type of constructive, nonviolent tension which is necessary for growth. Just as Socrates felt that it was necessary to create a tension in the mind so that individuals could rise from the bondage of myths and half truths to the unfettered realm of creative analysis and objective appraisal, so must we see the need for nonviolent gadflies to create the kind of tension in society that will help men rise from the dark depths of prejudice and racism to the majestic heights of understanding and brotherhood..."
"Lamentably, it is an historical fact that privileged groups seldom give up their privileges voluntarily. Individuals may see the moral light and voluntarily give up their unjust posture; but, as Reinhold Niebuhr has reminded us, groups tend to be more immoral than individuals..."

Okay, let that last one sink in. Black folk don't like to think of ourselves as privileged. I'll be the first person to admit that for years my perception of privilege started and ended at the feet of white people. But around this issue, we are, or at least we have been ever since the Fourteenth Amendment, which made our black ancestors American Citizens. Those of us who are born in this country--as descendants of slaves and despite the many institutional consequences of the injury slavery dealt all Americans--we do have certain privileges. We don't have to worry about being deported. We don't have to marry people we don't love just so we can get enough papers to keep our jobs. Shit, we can marry whoever we want. We can go down to a government office with our first cousin (in some states) or with someone who's at least 18 (or younger, with parental consent, depending on the state), and get a license that permits us to join our resources, our lives, our names if we want.
Just so long as they're of the opposite sex.

So all those people whose love looks different than ours are denied a civil right. All those Americans, born in this country, are denied a government process. Like voting. Or owning property. Hm. That sounds like privilege. I linked to it once already, but I'll link to it again, because she says it better than me: Roxane Gay on privilege.

"To put it in the terms of St. Thomas Aquinas: An unjust law is a human law that is not rooted in eternal law and natural law. Any law that uplifts human personality is just. Any law that degrades human personality is unjust."
This is another from "Letter from a Birmingham Jail." I would imagine that these Americans, whose blood is red enough to be spilled on behalf of our country (and who can now do so openly, and not in denial of their sexuality), whose money is green enough to be taxed by our country, who are educating our children in our schools and healing our loved ones in our hospitals--I would imagine these Americans feel like the denial to recognize their commitment to their loved one is degrading to their human personality. Our refusal to recognize their commitment is degrading to my human personality.
Black people, do not take your privilege and your position in this country for granted. About this issue, we are privileged, but privilege changes. If you really believe that your rights are safe, even as you seek to deny the rights of others, you obviously haven't paid attention to our history. I say that knowing full well about the plagues on our community. Still. We cannot, in good, Christian faith, deny the rights of others while seeking to protect our own. Jesus was a revolutionary. Think for a minute about the compassion, the boundless love, that was Jesus' mission on this planet. Love someone so much it makes you uncomfortable. Love someone so much it makes you vulnerable. Love someone so much that it scares you. Jesus did not model exclusive love, love only to some members of the human club. He modeled love for anyone who was brave and humble enough to show love and accept love.
I wanted to quote a bible verse here, but I'm reluctant for this post to turn into exegesis. I'm unqualified, and not in the mood. I only want to say that historically what it has meant to be American has been to work for promoting equal rights, equal protection, and equal opportunity under the law. Our country has failed at that time and again, but we can't stop because some of us think we would be more comfortable if gay people didn't marry. It wasn't that long ago that some of us would have been more comfortable if white people didn't marry black people. Loving v. Virginia, the supreme court case that made it illegal for states to outlaw interracial marriage, was passed in 1967. That was forty-five years ago. That's not even a generation, is it? That's nothing.
What else is there left to say? Love one another, as Christ loves you: regardless of skin color, dietary habit, weight, height, sexual promiscuity, gender, race, nationality, sexual orientation or even religion. He loves you because Christ is love.
Posted by Jessica Young at 4:30 PM