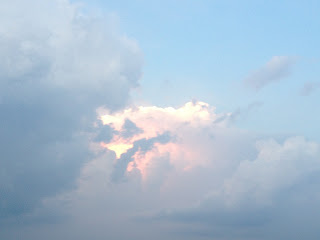 Only in America can a white man (because really, the fact that the shooter has a Latina mother hasn't prevented any of us from reading or claiming him as white) shoot and kill an unarmed black boy and be rewarded with his freedom.

It physically hurts me to watch coverage of the aftermath of the trial for Trayvon Martin's shooter. I don't want to look. I don't want to cry, to be reminded of my net worth as a citizen as defined by my country's behavior (that is to say, nothing.)

If I hear or read any more language about marriage equality being the last bastion of the American Civil Rights movement, I will break something.

This is our legacy, fellow Americans. I heard a scholar on the Melissa Harris-Perry show say this morning that this is the freest Black Americans have ever been, in the history of our nation, and after centuries of subjugation. If this is as good as it gets, we're all screwed.

What is my citizenship worth if in my own country, more than four hundred years after its inception, I can be executed by another and forgotten as yesterday's coffee?

I can't think deeply about this. My pain is too great.
Posted by Jessica Young at 11:11 AM