We've talked about how much I love science, right? 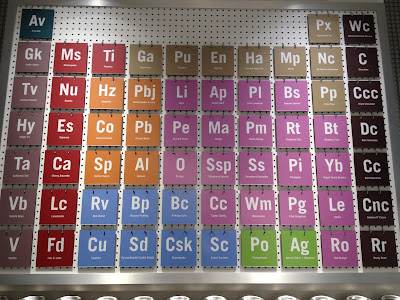 This isn't the periodic table; or rather, it's not the Periodic Table of Elements. It's a periodic table of frozen yogurt flavors that I took at a shop in Minnesota. But I took it because it reminded me of Chemistry, and Mrs. Austin, and the headache of balancing equations, and the first time that I felt like a strong woman.

Recently, my Favorite and I took a trip to the Adler Planetarium. I'd been begging to go for a while, and while I could have gone without him, it's better to have a partner to gaze at the stars with and get dizzy while checking out the wonders of the universe, right? So we went.

I can't say a lot about how spectacular it was; the scale and scope of hour universe is so great, my language begins to fail when I consider it. But I'll say this: it's cool that the salinity of my body mimics that of the earth's oceans. But I've been blase about it for a while: "Oh, sure, I've got salt water inside just like our planet has on the outside. Yah, yah..."

But when I consider that I have the same molecules and atoms in me and that they came from stars exploding and knitting together to make rock that can support algae, plant, animal, human, me--now that's deep. Stardust. I'm made of stardust. So are you. 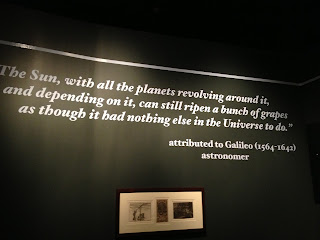 Posted by Jessica Young at 2:16 PM