The cost of doing business

I've started apartment hunting, here in Chicago. I'm trying to find a way to describe the process, that stressful mix of defensiveness and desperation. It's a tough time to be searching for a new home: with the housing market slowly rebounding, but people unable to buy homes with the ease of five years ago, renting has gotten really complicated. The odds aren't in the favor of renters, because so many owners are having to rent, but that means they can be super-choosy. It's tough. 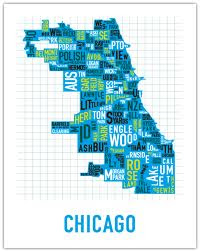 We're renting and not buying, just like so many other consumers. There are lots of reasons why I'm not interested in buying a house: I'm not actually sure if I want to be a person who owns property. I'm not worried about being one of "those kinds of people", but owning a home ties you to a location in a way that--lots of us are finding out--isn't so easy to release. I'm not sure if I can get a home that I'll feel happy in that's also in a spot that I'll feel happy in. I know that a lot of life is about making peace with what is and releasing expectations--that's ALL of life. But it's still not easy. Finally, buying property feels like putting down roots into the ground, and for years I've been hesitant to tie myself to one location. (No more of that, but that's a story for a different day.)

In the course of trying to find us a new home, I've been spending time on Craigslist. I'm dismayed to discover that the classified section has been taken over by real estate agents. For the record, I have no damage with real estate as an industry, nor with agents. I suppose my surprise is about how much the industry's changed. It seemed virtually anathema for me to deal with owners and managers, but instead, I've spend a lot of time on the phone with real estate agents, all of whom have treated me both as someone they're desperate to work with and whom they deeply distrust.

I met a particularly interesting woman named Marcy. My husband and I were at lunch when she returned my call about an apartment in Uptown. I answered the phone, and was launched into a conversation. The first question she asked was, "are you an agent?"

Later, I'd come to view this question as suspect, as if she was asking me, are you an agent of a malevolent, otherworldly force, like the sunglasses-wearing Mr. Smith of The Matrix. At the time, I knew she meant real estate agent. I was flummoxed. "Uh, no," I replied, "I'm a--human--person--I'm a person seeking a home."

So, I expected her to tell me a bit about the apartment, and to make an appointment to see meet here there so I could see it. Instead, I got a barrage of questions that got increasingly personal, and culminated with, "Gross monthly income?"

No one has ever asked me my gross monthly income in order to show me an apartment. I get that owners are trying to protect themselves. It's not just in San Francisco that owners are trying to protect their rights, even if it is at the expense of renters. But as the person who feels like she's getting screwed by the lack of trust or faith, I'm really discouraged by the way that people are relating to each other.

Someone is reading this and thinking about the story they heard about the renter who seemed great and who moved into their friend's home, and then bought five cats and never cleaned up after them, and was behind on the rent six months, and who left food out to rot and who basically turned what was beautiful rental property into condemned housing. I know, I know: one bad apple spoils the whole bunch, right? But there has to be a way for us all to do business that protects everyone's interest while still protecting everyone's integrity and humanity.

I didn't give Marcy my gross monthly income. We argued about it over the phone later, and eventually I offered her a ballpark just so she would show me the apartment I called about. For the record, the place was kind of a dump: a roomy three bedroom, but dirty, smelly, rusty, worn, across and adjacent to several abandoned buildings and with a third bedroom that I never got to see because evidently it locks from the inside. (Wha?...) She showed me a couple of other places that were charming but not quite right.

Every time I go through this housing rigmarole, I'm reminded of how tough and difficult it is to do business with other humans. It seems impossible for people to respect each other. We all just view each other as either a means to an end or an obstacle to blow up and blast through. This discourages me. I don't know if it was ever possible for people to do business over a glass of wine and with smiles and kindness, but I long for that. Right now, it all seems so soulless and dispassionate.

If that fails, there's always bourbon.
Posted by Jessica Young at 8:00 AM

I'm with you on not wanting to buy property! Even before the housing bubble/disaster I had no interest in owning anything. It does tie you down and doesn't seem worth it to me. I'm happy paying someone else to handle the major appliances, plumbing, snow removal, etc. I just have to be sure to find a building good management, but I've been lucky so far.